Dr. Young Ko, at Washington University for her biochemistry doctorate, worked with 3-bromopyruvate (3bp), an extremely reactive molecule that mirrors lactic acid. Later, when at Johns Hopkins University, she noticed, from failed cellular mitochondrial, that cancer cells overproduce lactic acid from anaerobic activity in the cell cytoplasm. In turn this lactic acid, inherently damaging to cancer…it’s like a ‘last ditch’ instinctive DNA effort of our cells at survival!…BUT in turn prompts cancer cells to produce pores, so as to release the harmful lactic acid that would otherwise have killed cancer! Devious! Later a motivated Johns Hopkins team embraced this metabolic approach, rather than concentrating on GENETIC ‘resulting’ mutations path…Francis Crick!! This thinking in accordance with Nobel Prize winner, Otto Warburg! HE would be pleased! Simply put…an over-abundance of sugar in a cell basically stimulates an environment that encourages cancer! Young Ko, remembering compound 3bp, and testing it, discovered that it destroyed the cancer cells. Her pre-clinical trials at John Hopkins, time upon a time successful. BUT now a lawsuit, Maryland U.S.District Court. Cancer Hopes Crushed!

Her claim…fired by John Hopkins, and research stolen! Effectively..an effort to PATENT and utilize as a commercial drug, an alternative version of this inexpensive compound 3bp…. that can be bought for pennies! BUT Lawsuits Expensive…this researcher does not seem to have resources to fight…now even difficulty financing privately, clinical trials on humans in Poland! All kinds of clinics now using 3bp..but fraught with dangers!

Enzyme hexokinase II obstructs normal cell death or apoptosis. Instead, the cell is only ‘wounded’ and ‘hangs around’ menacingly. BUT enzyme 3-bromopyruvate acts the same way as lactic acid…except…lactic acid is bypassed with extra exits WHEN from a carcinogenic cell…3bp IGNORES this subtlety…enters those special exits, and expeditiously kills off the cell! Her research and 3bp brilliant…. but now indefinite LITIGATION! We need clinical trials and fast. Cancer Hopes Crushed!…it’s another wait! My sense…stalemate and only money talks! Travis Christofferson, also senses that 3bp COUPLED with a KETOGENIC diet…could work miracles and for pennies! But this is just another sad story of brilliance and optimism once again dashed monetarily in our Health world! 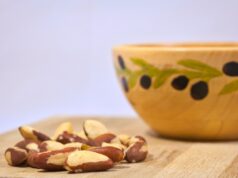 How to Protein Count