Running Seniors Positive DNA Expression? On CNN recently a quick interview with retired elementary school teacher Jeanne Daprano who is certainly giving a wake up call for the general perspective of aging in North America that is generally really a disaster! But there are exceptions! Deprano in this short interview gives her perspective on fitness and the passage of time that hit us all! But I seriously take issue with her theoretical implication that by ‘wringing every bit of life out of the system’ that we have…our body and our inherited characteristics with all it’s lifetime exposure to positives and negatives!..that we reach a certain point with apparent health and at that point then rapidly deteriorate and die. She really is saying live life really well and optimally with exercise, and just then resign to a quick end because you have maximized and purchased every positive to that point with timing perfection! Have to introduce Deprano to the concept of real Longevity!

But the irony is that reality may defeat that really mistaken belief of her’s! She may be invoking a number of health and longevity factors at the cellular level that indeed her Stem cells are benefited anyway. She may wring every bit of life out of her system with her training and fitness and find that somehow her cellular level has given her a longevity boost. Running Seniors Positive DNA Expression?

The narrator on the video discusses an increase of a decade largely by beating heart disease…only to be detracted by her analysis that she gains 2 years from the first twenty minutes and only another year with the next!

Now the reality is that if we beat all forms of metabolic syndrome health dilemmas…such as diabetes, Parkinson’s, MS…the lot, then our gain is as per the narrator citing a recent health study! If it is isolated to say just cancers…then as Dr. Valter Longo so pointedly underlines it may be in the realm of 3 plus years! BUT introduce Longevity and improved Stem Cells…and this may come from unusual quarters..and not necessarily be only Fast Dependent…then we take a quantum leap. Deprano’s concept of pushing the exercise and strength training wall, with particular adaptations, that remarkably include a total reduced running period…that she reaches a point of potential of her total system collapse! She is I believe going to be very positively surprised to find that is not correct!

At 81, Jeanne Daprano, now competes on the US Masters Track and Field Team, traveling around the globe, holding world records in several age brackets at 1500, 800 and 400 meters distances. She has achieved these milestones using core strength training, flexibility and interval training, often running no more than 10 miles a week, beating the woman’s open record mile time on an age-graded table! Her training system is interesting…and rather than running more distance, she is doing the opposite with compensatory strength and HIIT training! It seems to be working!

BUT Lyle Ungar, researcher in the department of computer and information sciences at the University of Pennsylvania, believes exercise is one of the factors impacting life span the most, and over which we have the most control. According to Ungar, the first 20 minutes of exercise a day probably buys two years of extra life expectancy, whilst the second 20 minutes a day about one more year! (Reminiscent to Walter Longo review of cancer cures!) BUT he goes on to say that what he likes about exercise is that you not only live longer but die faster in the sense that once you finally start to fall apart you fall apart quickly. He ends with the quip that exercise is good that way!!! No doubt Deprano is echoing these sobering but I believe incorrect thoughts and conclusions! But I bet she is in for a longevity surprise.

There is no question that to solve the issue Stem Cell rejuvenation in one form or another is necessary. It could be with the combination of type HIST and HIIT of Deprano and other factors…Daprano works out with a fitness trainer and averages 50 minutes of squat jumps, dead lifts, wall sets, planks, and a number of other resistance and flexibility exercises as well as running various routines in deep water with weights on her ankles and wrists. As Dr. Mercola says: She stumbled on to a routine, taking full advantage of strength training while reducing excessive cardiovascular activity that singularly may actually jeopardize heart health!..and at the same time (my thoughts!) may actually improve Deparno’s stem cells…as for example: the combination of heat and running demonstrated in the video below may also accomplish. But Heat Shock Proteins may in themselves not be singularly enough!  It may be a culmination and combination of a number of factors!! Necessaries!..this has always been the theme of this WEB! The Kalahari running down their prey (The Kalahari are an example of shocking discrimination of first settlers currently discriminated and victimized, and particularly but not limited to Botswana… see link… this is a discussion for another day and the parallel and similarity to First Nations and Metis of Canada and North America with a parallel to Aboriginals of Australia and other nations)… seems singularly an adaptation to a particular climate and environment…but bearing this in mind it demonstrates the superb knife edge adaptation to extremes by our bodies. This may or may not translate into Longevity…in the end there has to be some positive effect on Stem Cells…this may or may not be factored into Deprano…but if so what a nice surprise that her body just does not completely collapse as predicted in the somewhat stark commentary from Lyle Unger! Deprano you may be in for a surprise! That eulogy or mantra you cite “Listen to your body and Be Passionate” may well pay off big time and translate into substantive and Stem Cell related Longevity! Running Seniors Positive DNA Expression? 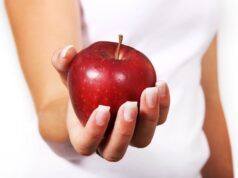