I believe most heart attack scenarios are ultimately driven by insulin resistance!

Also believe that Cardiologists rely too much on the Framingham predictors,  which means there are still risks despite apparent positive Stress Tests, Good Cholesterol results, and Good Echo Cardiograms. All may be unrelated to the occurrence of a high Calcium (CAC) score. Also known as Calcification Score!

A High CAC can be a hidden explosive mine!

A High CAC can be a hidden explosive mine! Accordingly, this fact may suddenly put the patient into a high-risk category! Dr. Thomas Dayspring, a renowned lipidologist from the 80s claimed that insulin resistance is the greatest risk factor for heart attacks. He also maintained that LDL is a worthless predictor, unless really high! So right and Dayspring lives into his middle nineties!

In my thinking it is pretty straightforward:

too much simple carbs or net carbs are dangerous..this essentially means sugars. But when including HFCS or High Fructose Corn Syrup, that becomes downright insidious!

We already know sugars are out as much as possible because it is a stimulant for insulin.

Remember we are now taking incubation over possibly decades…but it gets to you eventually!

Insulin Resistance means ultimately Pre and Real Diabetes. Most North Americans are in this category.

And so many unaware even if attending regular physicals as the tests are really lip service. Just an indicator!

Protein is really in the mild arena here…but don’t overdo it…protein count! Too much protein is a real problem.

And also select your protein! Those charred beef steaks are probably not a good BBQ idea!

And remember if we are talking Proteins, whether it is meat or fish, ensure Organic.

Farmed Fish can be just as deadly in toxins of whatever sort as CAFOs meat.

In fact farmed fish IS CAFO!

if you are really active then maybe up to 1 gram max protein for every pound of your weight! That culprit HFCS

has to go straight to the liver for processing.

May actually be singularly responsible for liver insulin resistance AND fatty liver disease!

BUT ALSO toxic to Kidneys, and over time devastating.

There are other contributing factors based on lifestyle such as the five “S”s: Sleep, Sun, Smoking, Sedentary, Stress. Then there are the Modalities such as optimization of Omega 3s compared to 6! Prevention of deficiencies such as Magnesium. All of which we deal elsewhere on this site.

Metabolic Syndrome is Insulin Resistance Syndrome. But for Heart Health remember to get your CAC or Calcium score! I believe is reversible! Spoiler Heart Attack News, Calcium Score Essential! 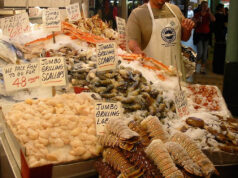 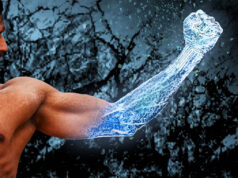