Antioxidant Fisetin Another Alzheimer’s Weapon? Always on lookout for positive factors in fight against Dementia & Alzheimer’s. Fisetin, falls into passive category. Just taking pill one obtains another advocated benefit. Alzheimer’s such serious ‘new society’ problem that soon our ability to minimally fund health care seriously compromised! Intention to publish intelligible comprehensive guide for non drug related passive & active Alzheimer’s offsets…potentially enormous benefit to sufferers and families caught in the ‘memory trap’. Convinced there are myriad active & passive activities, that if as much that can be practically implemented…cumulatively may represent immediate and positive offset to misery abounding in this deadly arena. Antioxidant singled out from extraordinarily interesting research…Fisetin a Flavonoiid antioxidant compound, that, besides providing number of health benefits, includes neuro-protection. Many studies of it’s positive effects on human brain, including instigating brain generation or growth…vital to offset damage from injury and importantly degeneration from aging by memory improvement. Anti inflammation characteristic helps protect nerve cells from oxidative stress, and even parts of the brain starved of blood flow from stoke.

Two types of Alzheimer’s: Familial which only affects 3% population & genetic related, and Sporadic which is the real problem for seniors generally. The Mahler most recent studies, using genetically engineered mice to age prematurely… results dramatic: those mice fed Fisetin, many cognitive advantages…respecting Alzheimer’s, there was an effective block and reversal!

“…one group…fed a dose of Fisetin with their food every day for 7 months…other group did not receive…compound…at ten months of age the physical and cognitive states…equivalent to those of 2-year-old mice…Those dosed with the compound were reported as having the behavior and cognitive function of 3-month-old mice — their actual age…” Alzheimer’s Prevention noted: …”Fisetin halted memory loss in mice typically prone to Alzheimer’s within a year of their birth.” Seems: Antioxidant Fisetin Another Alzheimer’s Weapon? 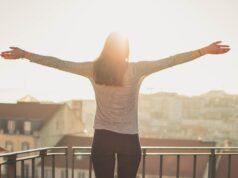