Dr. David Brownstein, who has a clinic just outside of Detroit, Michigan, has successfully treated over 200 patients with what is an excellent intervention for COVID-19 and other upper respiratory infections, namely nebulized hydrogen peroxide.

At the time his interview, the number of patients successfully treated with these all-natural strategies exceeds 230, and he has now published a book describing his approach, titled “A Holistic Approach to Viruses.”

These are his pertinent comments:

If you don’t have access to saline, you can make your own by mixing one teaspoon of unprocessed salt (such as Himalayan salt, Celtic salt or Redmond’s real salt) into a pint of water.

This will give you a 0.9% saline solution, which is about the concentration found in body fluids.

Do not mix the peroxide with straight distilled water, as this could potentially cause physiological damage.

You need the salt in there. You can, however, make your saline using distilled water.

Also, to optimize Nebulizing benefits, be sure to buy an electric tabletop jet Nebulizer. The battery-driven handheld versions simply aren’t as effective.

Brownstein points out, in nearly all cases where patients were not getting better, they were using a handheld nebulizer.

Once they got a more powerful version that can drive the peroxide deep into the lungs, the treatment started working as it should.

Brownstein strongly recommends buying everything you need beforehand, so that you can treat yourself or your family at a moment’s notice. You don’t want to wait days for your order to arrive before starting treatment.

For patients who travel and worry about contracting COVID-19, he simply suggests to them to bring their Nebulizer, properly diluted hydrogen peroxide and iodine.

That way, they can nebulize when they get to their destination.

This should effectively kill off any pathogens they might have been exposed when traveling.

After you’ve been on the airplane, get to the
hotel room, nebulize.

The theory is that hopefully it not only supports the immune
system, but also that it kills foreign pathogens in the airways and the nose and throat’. Locations where these viruses start and they begin replicating and start causing the problems.

Because if you are forced into a hospital, particularly in BC Canada, where the protocol is to deny supplementation or any real discretion to the medical staff, the protocol in the event breathing laboured to deploy a ventilator.

Unfortunately the numbers respecting ventilators from the US are dire, the chances seem to be that of mortality. It’s apparently according to Brownstein at a 88% chance.

Conclusion is “Be prepared”, but contrary to the old Boy Scouts’ motto, not to die but to live! Dr. David Brownstein:

“So I have had some patients make up (the Nebulizer mix) at home. You can do it, but practice before you do it and have all the supplies ready. And then when you’re not feeling good or someone’s sick, you’re stressed, you can do it the right way. And it won’t increase your stress to try and think about what you’re doing.” 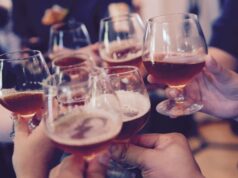 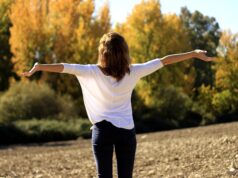