Dr. Ron Rosedale has treated metabolic syndrome diseases for many decades, and particularly has had great success with diabetes. He comes from an era that included an ‘over-adoption’ of the Atkins diet…that really was a ‘surfeit’ of protein by default. Now I advocate Protein Counting! Then any fat was an extreme negative. With the restriction at that time of sugars and carbohydrates, it seemed logical to balance the ‘diet scale’ with increase of proteins. All fats, in the 1970s and 1980s, had ugly connotations. We still remain ‘conned’ in this mindset…this contributes to the major success of so called healthy synthetic margarines and even trans fats. We remain fat prejudiced, and resultingly, ridiculously favor proteins…to an extent that our North American population eats as much as five times too much! This topic has deluded the medical, regulatory, and associated disciplines, including dietary advisers, into their prejudiced, and inflexible mindsets. But let me come to a surprising factor of actual Longevity With Vegetables.

Elsewhere I deal with that paleo inheritance that we all genetically carry, that is to survive long enough to procreate, and after that from a Darwinian view, evolution has little respect for the host which is us! The trick, is to ‘trick’ our post DNA ‘furtherance’ host bodies, into a belief that offspring lead up to that ‘survival of the species’ important event, has actually NOT QUITE OCCURRED! This where combination disciplines, including, but not exclusively: Calorie Restriction…I like partial fasting…correct Dietary proportions, Exercise, Continual Movement, HIIT, Ketosis…a Metabolism with accompanying direct fat burning, optimal Supplements, right approach to Sleep, Exposure to the Sun, Photomodulation.

But now an added benefit respecting our Heart Beats…Longevity With Vegetables!

One fascinating tidbit…we appear to have a paleolithic predisposition…now mostly lost!..to eating green leafy vegetables and beets. These contain a mitochondrial DNA survival benefit. They are Nitrates that ‘SLOW’ our metabolism by some small, but significant %. This parallels HIIT, and the calorie restriction benefits discussed elsewhere, and naturally creates a lower and positive paleolithic resting heart rate. This is a fantastic DNA, and inherited uplink, positive reaction, to all those nitrates acquired over millennia. Consequent satiation in our gut, by those very vegetables besides good for microbiome, result…Longevity With Vegetables! 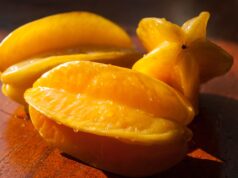 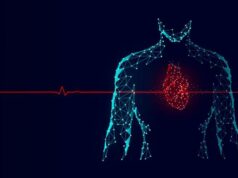