Noakes long-distance runner…70 marathons…like most ‘high’ on ‘high’-carb diets…BUT converted Low-Carb!…after reading Dr. Eric C. Westman’s “The New Atkins for a New You: The Ultimate Diet for Shedding Weight and Feeling Great.”…result: Noakes, wrote “Lore of Running” in 2010. Since lost 20 kilos..but…driver, in my opinion, mainly assisted by intermittent fasting and strict carb counting…similar to myself! Noakes also found out he is a diabetic! I believe that in North America most of us are, without knowing, either pre or diabetic! Noakes now has controlled this! He believes Insulin Resistance killer.

We, on this Blog, emphasise view that Insulin Resistant Syndrome as main cause for Mitochondrial dysfunction…and causes most chronic disease, besides diabetes…also including world accelerating disaster Alzheimer’s! Tim Noakes Wins Major Diet Case.

He was ostracised, by his University and their ‘run for cover’, and ‘support establishment’ Dean…in which Noakes had worked for over 30 years! I only know that sinking feeling, equivalent to colleagues crossing street to avoid you! Trial three years later and effectively saved by three renowned women expert witnesses…’Tim’s Angels!’ and Nina Teicholz author ‘Big Fat Surprise” and South African-born New Zealander Dr Caryn Zinn, a registered dietitian and academic. Prosecution effectively gave up! Interesting that Noakes claims that for serious Obesity issues…some are afflicted worse than others…even genetic preponderance…once any victim lost the real poundage…then MUST NEVER EAT more than 25 grams carbs!!! and 50 grams means renewal addiction!! Parallels for diabetic control! Tim Noakes Wins Major Diet Case! 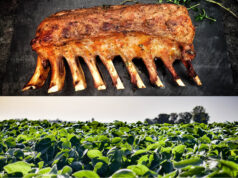