My blood boils when I see what Dr. Brian Day Legal Victim of Cambie Surgery Centre in Vancouver, has had to legally endure! Already blogged on Brian Day where he succinctly summarizes the issues of Health Care Delivery (below video). Horrific to think that Canada ranks almost bottom of 29 universal health care mixed public and private systems, and ranks LAST for value for money! This is surely an indictment of the burgeoning Canadian bureaucracy, and monopolistic, insensitive, governmental attitudes, both Federal and Provincial. Horrific…slow pace of ‘independent review’…

Day, perhaps with naivety, launched principled lawsuit almost decade ago! What happens? Legal system that almost ‘everyone’ now complains, as the ‘province’ for extremely ‘rich’, such as governments of almost all levels, and their bloated bureaucratic agencies…also perhaps some really wealthy public companies, such as banks and insurance agencies. Is objective seemingly to destroy the likes of Day simply with financial exhaustion?! Lawyers, in my view, and I am a litigation lawyer and perhaps somewhat qualified to comment, often are driven, consciously or unconscously with self interest. It is not supposed to be that way, lawyers perhaps oblivious to this concept…as themselves caught up in endless stream of subjective billing and justifying not only their time, but supporting the high priced real estate of their expensive legal firms. Their billing rates something to cringe! But all exacerbated by the ‘legal system’ itself…pedantic…endless paper…chambers applications archaic and inherently expensive…etc!

Take time to read Ian Mulgrew report on latest interlocutory court fiasco, that Brian Day now in midst. His position makes eminent common (to the public at large!) sense…government lawyers objecting to introduction of ministry document stating 18,000 people waiting nine months for ultrasounds. Technically has to be ‘proved’ by calling all actual persons observing data!!! What! Now I know this impediment is a wonderful legal tool, making life hell for Day…Millions of $s needed for just this? To public this makes Ass of legal system…Glimmer of hope..but BC Court of Appeal have to ‘buck’ own system to make system relevant, and actually serve ‘practical’ justice for those without deep pockets! Brian Day Legal Victim? 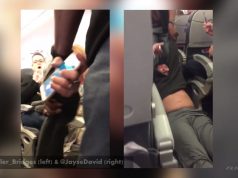